The question about what music would be suitable for landscapes arose when I was considering putting a video of my photography together. I noticed that some photographers like to use some manner of generic mush to accompany their videos (the kind of thing that you can download from iTunes), but to me, this seems to be void of personality and against the point of undertaking such an exercise in the first place.

Although it is rare for me to listen to music while I’m out in the landscape (preferring just the sound of the wind rustling the heather and grasses), I usually like to play something in the car on my way to a location that sets the atmosphere. So what follows is highly personalised and certainly won’t be to everyone’s tastes.

The Enid – In the Region of the Summer Stars

The Enid are an odd band and that is probably exactly why I like them. Pigeon-holed as ‘Classical Rock’ or ‘Prog’, tags that really don’t do them justice, their music can be ethereal, stirring and bizarre all at the same time.

They have been around in one form or another since 1973, often going through major line up changes and re-constitutions, but always centred by the great Robert John Godfrey. The history of the band has been well documented and is as fascinating as their music.

In the Region of the Summer Stars was their debut album, released in 1976, based mostly on cards from the Tarot deck. It was partially re-recorded and re-released independently by the band in 1984, when EMI deleted it from their catalogue and lost the master tapes for side two.

The track listing for both versions is as follows:

5. The Sun
6. The Last Judgement
7. In The Region Of The Summer Stars 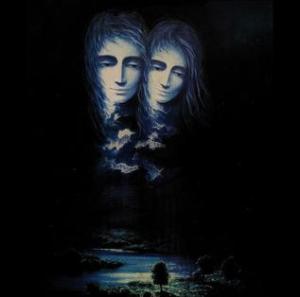 My personal preference is for the 1984 reissue. Technology had moved on somewhat in the intervening years and some of the keyboard sounds that may have sounded current in the mid-70s, haven’t dated well since.

This is an album that I have loved for many years. It has a sense of delicacy and finesse that informs even the heaviest, most stirring passages. Embodying a sense of grandeur on an epic scale, it could almost have been written for a night on a Pennine moor.

‘The Fool’ glistens and shimmers, while a bell tolls in the distance, serving as a prelude to the manic energy of ‘The Falling Tower’. ‘Death, The Reaper’ is a mournful piece that builds towards its crescendo.  The gentle piano of ‘The Lovers’ serves as a direct contrast to the mocking intensity of ‘The Devil’.

Side two can almost be taken as a single piece in a number of movements. ‘The Sun’ is a wonderfully celestial passage with an orchestral bombast that builds in grandeur. ‘The Last Judgement’ and ‘In the Region of the Summer Stars’ is a true masterpiece, with a scope and depth that defies description. I would urge you to listen for yourself. I hope that one day, In the Region of the Summer Stars comes to be lauded as the overlooked classic that it is.

3 thoughts on “Music For Landscapes Pt1”

This site uses Akismet to reduce spam. Learn how your comment data is processed.