The Deadmanstone at Berry Brow near Huddersfield, is a nearly forgotten outcrop of rock, through which a natural tunnel runs. Numerous legends surround this unassuming eruption of rock from the hillside, that may or may not explain how it came about its name.

Local folklore tells that in the days when the church at Almondbury served as the parish church for the Holme Valley, funeral processions passing the stone would stop and rest the coffin. A distant local memory also recalls that corpses would be taken from their coffins and pulled through the hole, before recommencing on their journey to Almondbury. Perhaps this represented some symbolic form of passage to another world.

Another legend is equally gruesome and gives various accounts that the remains of a ‘soldier’ were found walled up either at the stone (possibly in the tunnel) or somewhere nearby. Variants state that the soldier was either Roman or maybe a victim of Scottish Boarder Reivers, who raided deep into England. The legend isn’t specific about where or when the soldier was found and could possibly be transposed from the site of the (now demolished) Deadmanstone House or its medieval predecessor, which was a fortified manor house with deep cellars.

A further possibility could be that the Deadmanstone was the site of the burial of a prehistoric chief or warrior and the legend has become confused over the years. Indeed the name ‘Deadman’ could have been derived from ‘Dobman’ or ‘Dobbie’, a legendary shape-shifting spirit, popular in local lore and often associated with guardianship of burial places. The hole in the stone may also be associated with healing or ritual purposes, by passing through the stone as above.

The stone is also associated with another enduring legend that a tunnel leads from the nearby ancient fort of Castle Hill, about a mile away. Castle Hill is associated with a number of tunnel legends, which could possibly denote solar or lunar alignments from the hill. Or may have been influenced by the deep cellars of the former manor house, that stood on the land directly above the Deadmanstone, now occupied by a modern housing estate.

That so many legends are still attached to this odd outcrop is heartening. Especially as it now sits enclosed by modern housing and is often passed by cars entering and leaving the estate. A small remainder of Huddersfield’s past clings doggedly to the hillside, despite how its surroundings have changed.

Deadmanstone: Door to the Other World: Steve Sneyd, Northern Earth No. 99, 2004
Legends & Traditions of Huddersfield & Its District: Philip Ahier, 1944
The Old Stones of Elmet: Paul Bennett, 2001 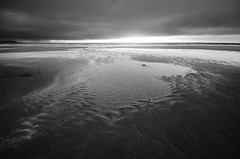 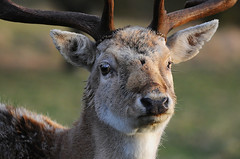 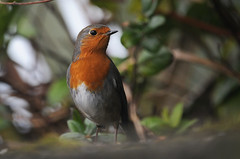 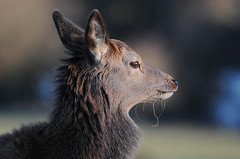 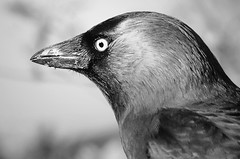