Last week I was privileged to cover the NUM’s march and rally in Barnsley to mark the 30th Anniversary of the Miners’ Strike. Below is the piece that I wrote for the Barnsley Unite Community Support Centre blog.

The weather was dreadful. Really, really dreadful. But then again, it was Glastonbury weekend, so maybe it should have been expected. With a display of the grim humour that got many through the 1984-85 Miners’ Strike, it was suggested that Thatcher was behind the heavy rain that lashed the NUM march through Barnsley, in commemoration of the 30th anniversary of the year long strike. “She pissed on us in life and now she’s pissing on us in death”.

Hundreds gathered in the historic Miners’ Hall at the NUM headquarters in Barnsley, in preparation for the short march through Barnsley town centre. On display was the paraphernalia of a once proud industry that had bound communities together, clustered around the pit heads of South Yorkshire. An industry that was cruelly crushed by a government hell-bent on destroying the unions, in their determination to further a free market agenda that dogs us to this day.

The march began to assemble in the increasingly heavy rain. With union banners on display from collieries and regions all over the country, the over-riding atmosphere was of camaraderie and of pride. The brass band struck up and the march was off in a blaze of sound and colour, in defiance of the slate grey sheets of rain.

Just off the Dearne Valley Parkway lies Cortonwood. Now a retail park with stores such as Argos, Sports Direct, McDonalds and Matalan, it is hard to believe that this was once the site of the colliery where the strike started. It seems sadly symbolic that in this place, where men once hewed coal from the ground and began the march out that led to the most bitter strike of recent history, the forces of commerce have moved in. Bulldozed away the remnants of industry and replaced them with stores full of consumer goods, fast food and minimum wages.

When the strike began, I was an 18 year old coal worker, bagging coal at a distribution yard in Huddersfield. I still remember the gritty crunch of coal dust in my mouth and how it ingrained itself into your skin. I remember how the old guys who drove the delivery trucks, after a lifetime of handling coal had been stained a dirty grey colour. I had nothing but respect for those that did the job of hauling coal to the surface and when the lorries started to bring coal from the working pits into the yard (under the pretence that it was destined for hospitals), I resigned.

Back at the Miners’ Hall, there was a rally. Looking out over the sodden congregation, Ian Clayton opened with the observation that soon the steam would begin to rise and that it probably wouldn’t be the first time in this historic venue. Ian and all of the speakers that followed, Kevin Coyne from Unite, Women Against Pit Closures and NUM President Nicky Wilson, gave fine speeches, full of pride in their culture and defiance against the neo-liberal machine that has brought the industry to the brink of extinction.

Sadly, Owen Jones didn’t show up, but George Arthur of the Freedom Riders gave an often humorous insight into current policing practises, following the arrest of two Freedom Riders protesters at Sheffield train station earlier in the week. NUM General Secretary Chris Kitchen closed the rally by ironically thanking South Yorkshire Police for assisting in the town centre road closures, “the last time the police showed me where to park was at Orgreave”.

There is still hope for the future of the coal industry in the UK. The NUM and Unite have joined together in a venture called Coal Combine. At the Carbon Capture & Storage / Coal Combine Seminar in January, delegates from deep mines, surface mines and coal burning power stations took part, uniting not just the two unions but workers from the energy sector. The newly launched website can be found here.

I attended the march as a photographer, but that 18 year old coal worker of my past marched under the banners in solidarity with a battle which may have been lost, but shoulder to shoulder with my comrades in the war for rights and justice which continues. 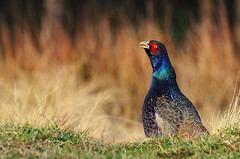 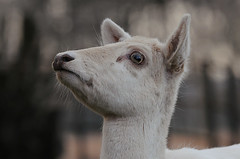 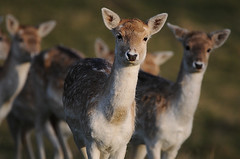 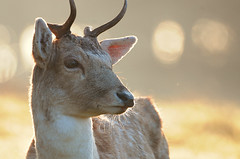 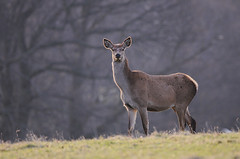