The view across Millhouse Green towards Thurlstone Moor and the Woodhead Pass.

Rising high out of the Pennine mill village of Thurlstone, near Penistone, is an unprepossessing side road named High Bank Lane. As it rises up the hillside it becomes a trackway, leading to Royd Moor, some spectacular Yorkshire views and a few interesting fragments of history along the way.

Thurlstone dates from at least the Saxon period and derives its name from a combination of the Anglo-Saxon term ‘tun’ (meaning fenced area or enclosure) and the Old Danish personal name ‘Thurulf’, suggesting that a settlement already existed when it was taken over by the Vikings and named after the local lord.

As the track climbs out of the village and past the fields, a very peculiar stone stands out from its drystone wall surround. A roughly triangular shaped boulder (which would once have stood alone before the wall was built), with a sub-circular depression in the centre. On here a rude cross has been carved (looking very much like it has been carried out with modern tools, and is very smooth and polished to the touch).

My guess is that it once existed as some form of marker, possibly a boundary stone. Despite searching, references have been impossible to find, so if there is anyone out there that has any information of any kind about this curious stone, I would love to learn more about it.

An old guide stoop, embedded in the wall

It seems almost certain that the track would once have been used as a packhorse route and this is supported by a very old guide stoop near the top of the lane. In 1697, it was ordered that guide posts be erected on the moors where routes intersected. Mile posts were made compulsory on all turnpike roads in 1767, although it is unlikely that this track was ever a turnpike.

Pointing the way to Huddersfield (other directions are no doubt hidden by the wall), the guide stoop certainly predates the drystone wall that is built around it. Probably built around the time of Thurlstone’s Act for enclosing common land, which was passed in 1812 (Penistone followed in 1819). The style of carving looks to place the stoop around the mid 18th century.

The track becomes a modern road surface, once it reaches Spicer House Lane, which continues for approximately a further 4km, until it reaches the A635 Doncaster to Manchester road, near New Mill.

A noticeable feature of the moor at this point, are the wind turbines on Spicer Hill. In fact, a viewing platform has been built that commands an excellent view over them. As well as a number of reservoirs that catch the water draining off of these moors.

Continue past Broadstone Revervoir, to the junction of Windmill Lane, turn towards High Flats and you will find the faint remains of an earthwork dating from either the Iron Age, or Romano-British period, at a place appropriately named Castle Hill.

If anyone does have any information regarding the stone described above on High Bank Lane, please contact me via my website. 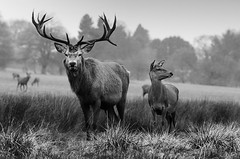 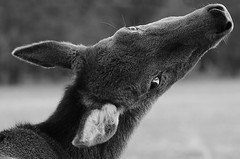 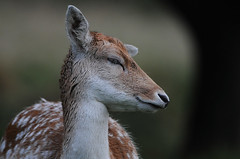 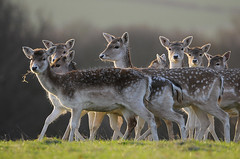